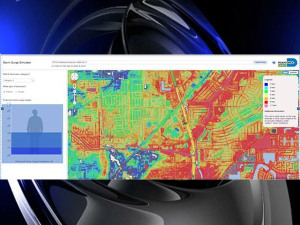 Residents in Miami-Dade County, Fla., will have a new Web tool at their disposal in the event Hurricane Irene comes ashore on the Eastern Seaboard later this week.

The new tool, called the Storm Surge Simulator, allows users to calculate storm surge levels in Miami-Dade’s three evacuation zones based on location and hurricane severity. The tool is accessible on the county’s website.

Located near the southeastern tip of Florida, a portion of Miami-Dade County is on the seashore. The county’s three designated evacuation zones total 800 square miles, with nearly half a million residents living there.

To view predicted storm surge levels, users click the hurricane category level (1 through 5), and then select if a person, house or villa would be affected by the surge. Users then either type in an address or click on the Google map provided on the site. The inputted information is used to calculate the storm surge levels.

For example, the simulator projects that a Category 3 hurricane in South Miami Heights would cause three feet of water surge at a house. During a Category 4 hurricane in Palmetto Bay, the tool projects a person would be four feet deep during a storm surge.

“We don’t want people to go and use the simulator and try to make their own call on whether they should evacuate or stay at home,” Sommerhoff said. “The main purpose of the simulator is to really bring to light the impact of storm surge.”

Sommerhoff said the tool was developed during the past year by the Miami-Dade County Department of Emergency Management and Florida International University’s International Hurricane Research Center and School of Computing and Information Sciences. Data for the tool was collected from the National Hurricane Center (NHC) from its computerized model called the Sea, Lake and Overland Surges from Hurricanes (SLOSH).

The SLOSH model collects data on surge levels such as estimated storm surge heights and winds based on pressure, size, forward speed and track, according to the NHC’s website.

“The SLOSH model is generally accurate within plus or minus 20 percent,” according to the NHC. “For example, if the model calculates a peak 10-foot storm surge for the event, you can expect the observed peak to range from 8 to 12 feet.”

According to Vicki Mallette, external affairs coordinator for the Miami-Dade Emergency Management Department, the Storm Surge Simulator’s total cost was $2,800, all of which was funded by a state grant. As new surge data is evaluated and finalized, the information will be added to the simulator.

The tool was announced Wednesday, Aug. 24, in conjunction with the nineteenth anniversary of Hurricane Andrew, a Category 5 hurricane that made landfall south of Miami in 1992. Andrew caused $27 billion in damage and was responsible for 23 deaths.

Discussion Starter: What other technologies are useful for hurricane-related information? Share your comments below.

You may use or reference this story with attribution and a link to
http://www.emergencymgmt.com/disaster/Hurricane-Storm-Surge-Calculated-W… 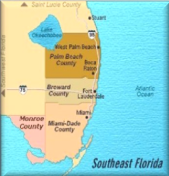